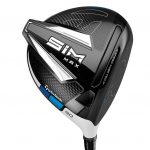 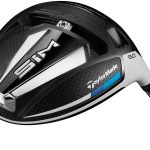 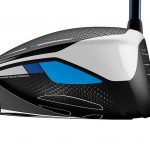 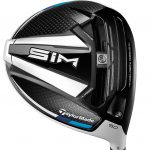 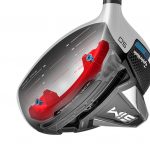 Gear: TaylorMade SIM, SIM Max, SIM Max D drivers
Price: SIM: $549.99 with Mitsubishi Diamana S Limited or Project X HZRDUS Smoke Green shaft and Golf Pride Tour Z grip. SIM Max and SIM Max D: $499.99
Specs: Carbon-fiber crown and toe section with urethane-injected titanium face, moveable weight (SIM) and adjustable hosel. 45.75 inches standard. Available in 8, 9 and 10.5 degrees (SIM); 9, 10.5 and 12 degrees (SIM Max, SIM Max D)
Available: Feb. 7
Golfers want maximum performance from a driver but typically demand the club looks a certain way, and to some degree that handcuffs designers. However, by using different materials in strategic ways and tweaking the shape in places that golfers do not see when they play, TaylorMade believes its new SIM family of drivers will pass the eye test of discerning players and deliver enhanced speed, more forgiveness and better accuracy off the tee.
To create more speed, TaylorMade did three things to improve the aerodynamic qualities of the SIM drivers (SIM stands for shape in motion). First, the carbon-fiber crown’s height was elevated so air that slides over the topline stays close, which improves efficiency. Second, the back of the sole swoops upward more sharply, also to improve airflow efficiency.
TaylorMade SIM driver
The shape of the SIM drive has been made more aerodynamic to help create more clubhead speed.
The final piece of the equation was adding a keel to hold a weight in the back of the sole. The weight boosts the moment of inertia and makes the club more stable on off-center hits. And instead of extending it perpendicular to the face, which would punish the club aerodynamically, it was made asymmetrically and tilts toward the toe.
TaylorMade SIM driver
The sole plate of the SIM driver is asymmetrical, pointing slightly toward the toe, for better aerodynamics.
Why? On the downswing, a driver’s face twists and turns as it gets closer to the ball, so TaylorMade took prototype drivers to a 20-foot-high wind tunnel in San Diego and tested them to discover exactly how much angle and tilt would allow the keel to slip through the air more easily in key areas and help golfers maximize speed.
Speed Injected Twist Face
To get the most out of the extra speed, TaylorMade gave the SIM drivers a Speed Injected Twist Face, as with last season’s M5 and M6 drivers. The face peels back slightly in the high-toe and low-heel areas to help golfers hit the ball straighter.
TaylorMade SIM driver
The SIM drivers feature an inner chamber that contains urethane that slows the face and makes it legal for play.
Each driver’s hitting area is also made to produce more ball speed than allowed by golf’s rules, and each face is tested by a computer after it is attached to the head. At that point the system injects a small amount of urethane into the heel and toe areas, adds tiny screws to keep it in place and re-tests how much ball speed the club produces. The urethane slows the face down to the USGA and R&A’s precise coefficient of restitution limit, making it legal for play while ensuring maximum springiness and speed.
Difference between SIM, SIM Max
While all the SIM drivers have an adjustable hosel that allows players and fitters to increase or decreases the club’s stated loft by as many as 2 degrees, only the 460cc SIM driver has a moveable weight that can create a draw or a fade bias.
TaylorMade SIM Max driver
TaylorMade said the SIM will be ideal for most golfers, but for players who want even more stability, the company is offering the SIM Max. It also has a 460cc head featuring a carbon-fiber crown, an aerodynamic shape and an adjustable hosel, but it also has more weight in the back to boost moment of inertia.
TaylorMade SIM Max D driver

The SIM Max also lacks a moveable weight, and it has extra internal mass in the heel area to create more of a draw bias.